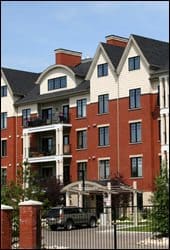 The Property & Casualty market firming that began in the last half of 2019 continued into the second half of 2020, with expectations that things will remain unchanged as we enter 2021. This market firming has impacted both the Primary Liability and Umbrella/Excess Liability marketplace.

Although Casualty losses in the Multifamily Habitational market have not reached the magnitude of Automobile or Product Liability claims—for which $15-$25 million losses are not uncommon—that sector has seen a significant increase in $1 million to $5 million claims, which have bled into the Excess Market.

The uptick in casualty claims for multifamily habitational risks has involved active shootings and other violent crimes, as well as pool drownings and serious slips and falls.

Multifamily dwellings have also seen a rise in habitability claims that focus on a building’s living conditions. These often come in the form of class-action suits involving multiple tenants. Those claims don’t require a specific incident of bodily injury or property damage, and they can be difficult and expensive to defend.

In response to growing losses and the resulting underwriting deterioration, admitted markets have either dramatically reduced their capacity for multifamily habitational risks or exited the sector completely. This has opened the door to more E&S business and has resulted in substantially higher pricing for insureds.

According to Adam Mazan, Area President-Southern California for RPS, habitational risks have historically been more aggressively priced in the admitted market, with premiums averaging 25-35% lower than in the E&S market.

“In a typical marketplace, if a carrier chose to non-renew an account, the insured would pay the difference between what the standard carrier and the E&S markets were charging,” he explained.

But today, “In a class of business considered very distressed, an insured is not only paying the differential cost between the admitted and E&S markets, but also the rate increase that comes with a firm market,” Mazan noted.

But when that account came up for renewal in early 2020, the admitted carrier opted to non-renew.

In the current firm market, underwriters are focusing greater attention on the entity’s individual rate characteristics, including crime scores. An account that has poor loss experience will have access to fewer markets. Some carriers are also including habitational exclusions in their policy language, or limiting their capacity for subsidized housing.

The renewal and new business process has been further complicated by COVID-19. The migration to remote working combined with a greater influx of submissions has forced many underwriters to take on multiple roles. Greater underwriting scrutiny also necessitates more management oversight, which further lengthens the underwriting process. The best approach to navigating this market is to start the submission process early.

In the current environment, transparency and open communication are key. Retail agents and brokers need to set realistic expectations and educate their clients about the state of the market. And when they engage the services of a wholesale broker, retail agents and brokers should identify those markets they have already reached out to as well as the status of their client’s excess program.

Seasoned wholesale brokers have a deep understanding of how to assemble a coverage program and obtain desired coverage limits. They also know how to negotiate with underwriters to restructure placements so that they will be more affordable for the policyholder.