Labor Day Barbecue Idea: Don’t Get Burned on Your Insurance 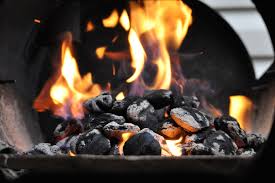 While the great menu debate between hot dogs vs. hamburgers will likely rage on for years, one Labor Day barbecue idea is making sure you don’t get burned on your insurance coverage. Here are some statistics from the National Fire Protection Association over the last five years:

The good news? That homeowners policy recommended by your insurance agent should cover accidental damages such as the above whether you burn down your house or the whole neighborhood.

They give a fair rate and will explain your policy if you have any questions!Frederick W., Ronkonkoma, New York The customer service is phenomenal and you can just tell that they care.Ken S., Ronkonkoma, New York They have literally saved me tens of thousands of dollars over the years.Melanie R., Ronkonkoma, New York