First Car, First Insurance Question: Does My Teen Driver Need Their Own Policy? 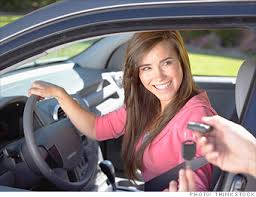 How to insure a teenager’s car has got to be one of the most common questions insurance agents get asked year after year. Should parents title and insure a teen driver’s car separately from other cars in the household? This is normally done with an eye to save some premium dollars and to reduce potential liability for the parents- at least on the surface. The reality is that insuring a teen driver’s car separately can actually open some pretty big gaps in coverage that a parent may still find they’re liable for. So here are a few things to consider when deciding whether your teen should have their own policy:

How would adding my teen driver to my policy affect my rates?

Adding any driver to your auto policy will likely increase the rates, as it increases the potential for someone to have an accident. Adding teenagers in particular can increase the rates as they are among the most inexperienced drivers. Some of that can be offset by completing a driver’s education or defensive driving program, and many insurance companies offer a “good student” discount.

How could having my teen driver on a separate policy affect my liability coverage?

Another scenario many families face is how to deal with multiple children at home who are driving. Consider the example of parents with two children, one who is 19 and her 17 year old brother. Assume that when the daughter turned 18 the parents decided to put her on a separate policy to save money- one with less coverage than their own, figuring she didn’t have nearly the assets that they did. Most policies contain a limitation for the use of a vehicle that is owned by a family member and not specifically covered by another insurance policy. What this means is that while the limitation may not apply to the parents, it does apply to any other family member who is normally covered by their policy- in this case the 17 year old son. If the younger brother were to borrow his older sister’s car and get into an accident, he would have coverage under her policy, but it would only be for whatever coverage was in his sister’s policy. Depending on the state, because he is still a minor, his parents could be liable for damages he’s caused and be stuck without coverage.

When considering whether to put a teen driver on a separate policy parents should weigh short term savings on premium against the implications having a loss could have on their family’s finances. Defensive driving courses, good student discounts and establishing safe driving habits that lead to lower rates on renewal are ways to reduce the burden of adding teen drivers and their cars to a parent’s auto policy. Separate policies could have much larger and longer term financial implications if there was an accident. Discuss your family’s needs with one of our agents. We have the ability to represent multiple insurance companies and can help you find the right match for your needs.